The Circuit des arts Hemmingford Studio Tour took place this past weekend. We were blessed with good weather, a little cool perhaps, but the sun was shining. Because my actual studio is outside the boundaries designated by the Circuit organizers, I packed up my studio contents and took them to Hemmingford, a village which is a twenty minute drive away from where I live.

Hemmingford IS Appletown- no doubt about that. There are numerous orchards, juice makers, and several award winning cider and ice-cider producers in the township. I was at the Petch family orchard and had set up shop in their boutique/café with young up and coming artist-illustrator Melissa Perreault. 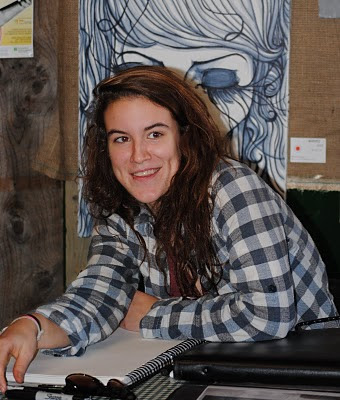 Melissa Perreault taking a break from her sketching.
All photos by Alyson Champ

We were lucky this year to have wandering minstrels to entertain us and the crowds. 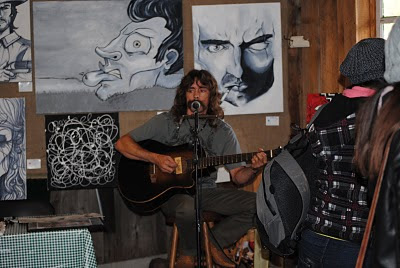 Overall, Petch’s exudes a warm, friendly, family atmosphere, and it smelled fantastic! Throughout the day, in the café kitchen, the cooks were baking apple pies, apple crisps, apple strudels, and Petch’s famous apple doughnuts. Mmmmmmm doughnuts. I thought I had died and gone to apple heaven. 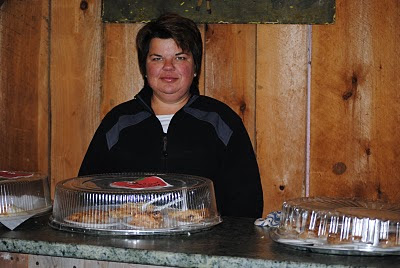 The gardienne of the strudels
Art sales were a bit slow, but lots of people came out, and it’s always nice to visit with friends and family that I don’t get to see very often. And there was one unexpected bonus: when I was unpacking my artwork this morning, guess what? It all smells like apple pie! 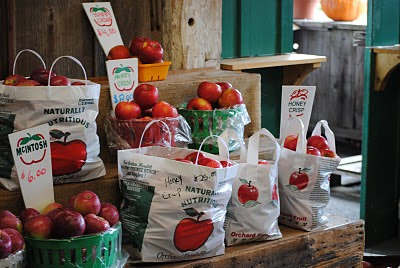 Of course, I came home with a big bag of fresh, crisp, juicy Cortlands, some strudels, and a box of doughnuts. Which reminds me, I think it’s time for a coffee break. But first…

Here is the latest sheep collage. I didn’t have time to post this one last week because it was off being framed. It’s called Dora in the Doorway, and if you’ve been following this blog for a little while, you’ll know Dumb Dora as my “wing nut” ewe. Here she is looking like her loopy self. 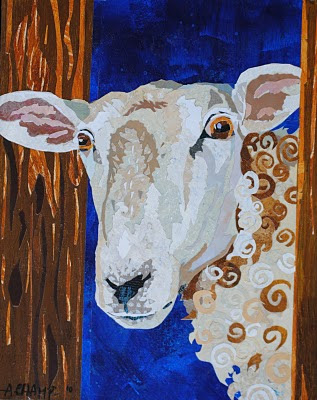